The best thing in the whole world


I can't stop watching it. And Nora looks so much like my Cooper! 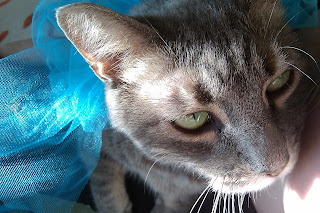 Apparently, I am really into illustrating that my loved ones look like famous people/cats.
See this post
Posted by Heather at 10:50 PM No comments: Links to this post


I recently attended one of Lizz Winstead's Political Satire Writing workshops. Here's the magic that came out of it. I co-wrote it with three other women that I only remember one of. Her name was Jessica.

Find Out if You Were Raped? A Quiz.

Under the “No Federal Taxpayer Dollars For Abortion Bill” House Republicans suggested narrowing the exception for federal subsidies for abortions to include only those instances where a woman was “forcibly” raped. If this became law, Women’s Magazines will have to help women figure out who's really at fault for the rape (because if it wasn't forcible rape, it's consensual rape, am I right ridiculous law-makers?)* with this quiz.

*Clearly I am a woman that should take her shoes off and get back in the kitchen.
I’VE BEEN RAPED! DID I CONSENT?
Take this quiz!
1. MY RAPIST WAS:
a. A stranger
b. A relative or authority figure or lesser known professional athlete
c. Someone I didn’t know was going to rape me
2. DURING YOUR ATTACK YOU SAW:
a. A visible weapon
b. A penis
c. A promise of Internet stardom
3. YOUR ATTACK OCCURRED:
a. In a dark alley in/or a war zone
b. At Home
c. Somewhere you didn’t want it to
4. THE EVENTS SURROUNDING YOUR ATTACK YOU WERE:
a. Walking down the street
b. Walking down the street alone
c. Walking down the street wearing something rapey
5. JUST PRIOR TO YOUR ATTACK YOU WERE:
a. Sober but thinking about a drink
b. Tipsy
c. I stopped counting after 12
6. YOUR SEXUAL HISTORY:
a. I was a virgin
b. I had only been with my husband
c. I stopped counting after 12
7. WHO DID YOU REPORT YOUR ATTACK TO?
a. No one
b. The police
c. I posted it on Facebook
8. WERE YOU ASKING FOR IT?
a. Never
b. I’m not sure
c. I have a vagina don’t I?
YOUR RESULTS:
Mostly A’s – You’re still a dirty whore
Mostly B’s- You liked it a little, didn’t you?
Mostly C’s- Good luck, Mommy!
Posted by Heather at 8:00 PM No comments: Links to this post


I know, most people don't even know what that means. Those people are stupid and younger than me.

My favorite Norm MacDonald movie moment is from Billy Madison, when Norm says, "I'll go put some beer in a bucket."

My brother, Brian has a super weird sense of humor. It's weird but funny. Norm is weird and funny. Brian and Norm have the same sense of humor and the exact same delivery of such so called funny verbalizations.

And you know what happened?

I think Norm MacDonald and my brother are the same person. Look. 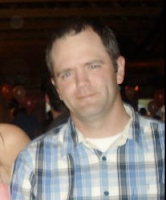 Who is who?  Let me try again. 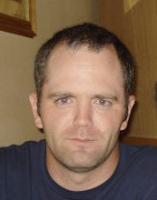 Pretty good this time.  If Brian smiled for pictures he'd look like Norm. I look like my brother.
See: 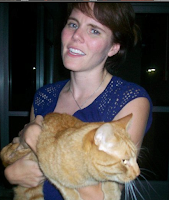 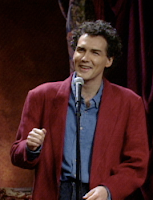 Cheekbones people, cheekbones.
Man, I should have adopted that stray cat, instead of picking in up rubbing it all over myself then going inside to eat pizza and watch YouTube videos with actors.  Then I could have worn it on my head and looked even more like Norm MacDonald.
Maybe I think I am Norm MacDonald.
Frank Stallone.
Posted by Heather at 7:37 PM No comments: Links to this post

Email ThisBlogThis!Share to TwitterShare to FacebookShare to Pinterest
Labels: About me, comedy, Photos

In January, I was a playwright for Theatre Unbound's 24hr Play Project. It was my second year participating in the project and I always forget my brain shuts off at 10:30. I met my writing partner for the first time at 9pm that night and we had until 5am to write a ten minute play utilizing five secret ingredients chosen by the audience of the Internet.

A fanny pack
A murderess or a virgin
A character that speaks only in Casablanca quotes
the phrase "Why does everyone always hate me on Wednesdays?"

And something else that I can't remember.

Posted by Heather at 8:41 PM No comments: Links to this post 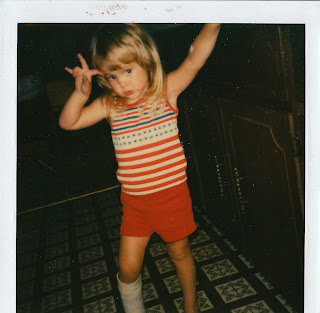 This is me!! I think I am about 3 years old. I have a broken ankle!
Posted by Heather at 4:51 PM No comments: Links to this post