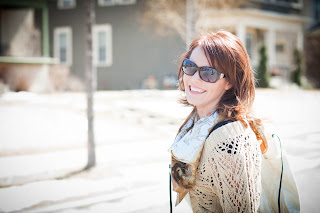 So I am a little famous again.


Yep, I was an Art Hound for Minnesota Public Radio this week. I talked about the show Dirty Girls Come Clean: The Return produced by Freshwater Theatre and  playing at Nimbus Theatre this weekend and next. I am pretty excited about this show because it sounds awesome and it is stuffed full of amazing performers. Like a turkey but you won't fall asleep.


And yes, I totally say that I am a woman in general. Which is now the name of my unwritten one-woman show. Heather Meyer: Generally a Woman. Buy your tickets now. Maybe I should start a Kickstarter about it. Hmmm...
Posted by Heather at 10:06 PM No comments: Links to this post 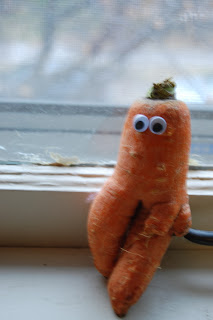 I am doing the gluten-free thing for 30 days to see how that helps my gut party. I assume it will. But I have been nervous about taking this step and keep finding myriad of ways to postpone it. Then, in an after school special fashion, I decided to get real, and Jan 20th was the start of my 30 days of gluten-free. I am doing fine, obviously I am in the freak out beginning stages where EVERYTHING IS A BIG DEAL and I am sweaty in the pits about asking for gluten-free menu items. Yesterday I had a lunch date at Ruby Tuesdays, where my date asked for the gluten-free menu for me! And they had one. It was awesome. I celebrated that evening by ordering a gluten-free pizza from Pizza Luce! (I actually ordered two so I would have leftovers to help myself when I was hungry and weak at home to have a gluten-free snack/meal). So that was exciting. It is weird that I keep looking for restaurants to satisfy my food needs. Especially, when I get a bi-weekly CSA delivery of fresh veggies and normally make my own meals. I think it is the excitement of gluten-free has got me riled up.


So you know, it really isn't a big deal. I am finding that being GF does require a constant vigilance that both President Bush and Mad-Eye Moody would approve of. Gluten is in everything! I know, right? What a great agent gluten has, I mean, how does gluten even have the time to be in all of these foods, doesn't it have a life to lead or a family to hang out with? The answer is no, gluten is just gluten it doesn't have anything else to do but show up in sauces and seasonings and stuff.


That's all I got so far. I have armed myself with Larabars and GF recipes to keep myself on track. Godspeed gut.
Posted by Heather at 6:00 AM No comments: Links to this post


It is awesome when I find essays buried deep in my computer. Here you go!

The Internet just informed me that my epic High School/Grade school/Beyond Crush was married in January. He is married. This really affects me. Why? I don’t know. I guess I always thought of him as a safe fantasy. But now he is married. I felt this way when Miss Eternal-Bags-Under-Her-Eyes took him to the prom. Why does the Internet know everything? Not that I ever really talked to this guy other than stammering self-consciously in 11th grade English class during an assignment about what would one need on a desert island. I said a swimming pool. I also remember having the fly on my black corduroy pants be down next to him during a movie in 10th grade and trying to figure out a subtle way to zip my fly back up, realizing now he wasn't ever looking at me and I could have just zipped it up and no one would have ever know but now I am telling the internet. I feel like I just missed some sort of deadline, like had I Googled him earlier, he would never have gotten married and could stay forever in my head as the guy I totally could have been with if I really wanted to. But he is married. I never would have guessed it. But I should have figured it out I have excellent taste. But I am a little bit vulnerable since I am coming off the best friend’s wedding thing where I was the most attractive and least married of all the bridesmaids and the only person that wanted to dance with me was the gay friend of the groom. I just wanted some Internet comfort food, some gazing at my untouchable crush and then he goes and gets married. Who am I to pine for now?

This is worse than my apartment manager thinking I have morning sickness when really I am doubled over from the lactose in the Caribou Coffee chai tea.